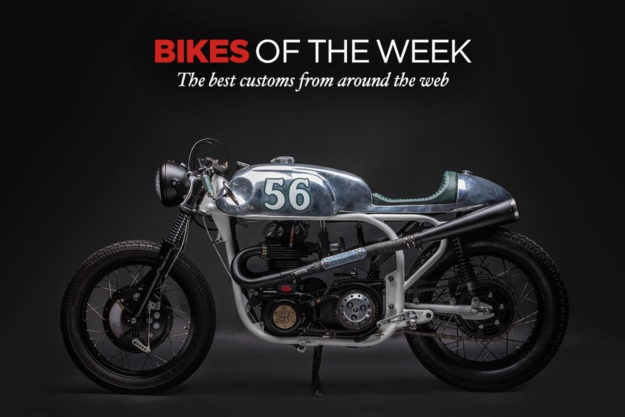 Question: What have a Blue Dolphin, a Pickle Tracker and a Bavarian Knight got in common? Answer: They’re all beautiful customs with truly daft names—but they’ve made it into our latest Bikes Of The Week. 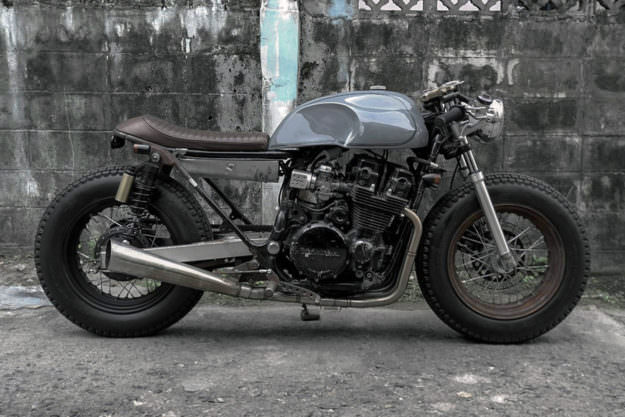 Honda CBX750F by Half Caste Creations Ten years ago, the lads from Bangkok’s Half Caste Creations were asked if they’d part with their first build. Since they were just starting out at the time, they decided to decline the offer—the bike was a showpiece to help grow their name.

They stayed in touch with that would-be buyer though, and have now delivered him a 1984 CBX750F called Blue Dolphin. Inspired by the streamlined hydrodynamics of Flipper, HCC worked diligently in shaping and scalloping the tank, which came from a Honda CB400. The frame was deburred and hooped, before being topped by a slim, tuck-rolled seat. Many of the accessories on Blue Dolphin are HCC originals, including the clip-ons, foot controls, aluminum tank cap and the four-into-one header. [More] 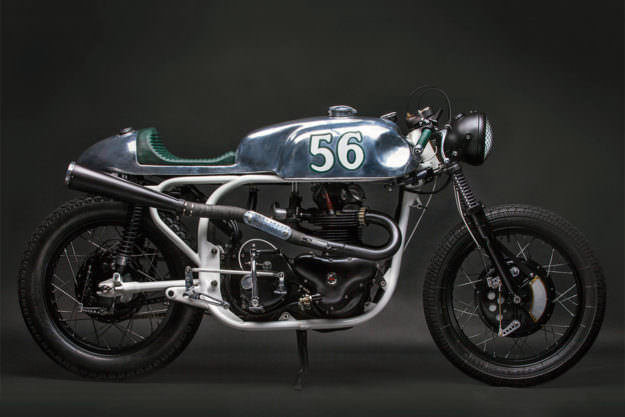 Norton Dominator by Elemental Rides Built as a tribute to the first twin-cylinder Norton Domiracers to run the ton at the Isle of Man TT, this 1961 Dominator 88 comes to us from Ricardo Santos of Elemental Rides in Porto, Portugal. It’s more than a styling exercise though: Ricardo built ‘Baryta’ to be his ultimate street-able Domiracer.

This 155 kg (340 pound) Norton has received numerous upgrades, with a period-correct bent. The vintage featherbed frame has been deburred, and the tank, seat and oil reservoir are a one-piece hand built unit. The raw metal finish on top of the creamy white Reynolds tubing is spot on. The wheels are Borranis, with front drums coming from a modified 9-inch Robinson replica kit and a one-off 8-inch hybrid unit in the rear. The engine has been rebuilt and ported with high-compression pistons squeezed in—but the tuning has been fiddled with, and the bike fires on the first kick.

Considering this is only Ricardo’s second build, we’re gobsmacked by his attention to detail and the balance between modern and classic. [More] 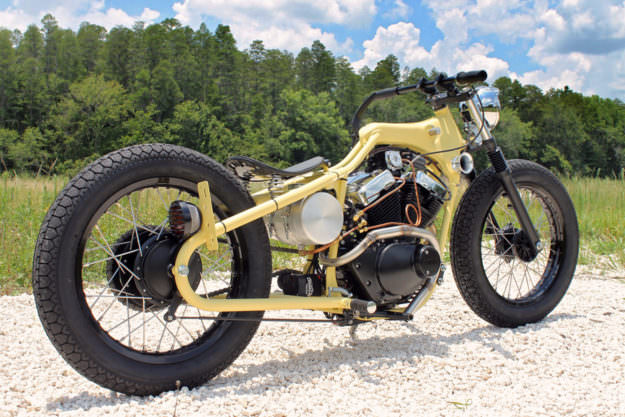 Converted to a hardtail design, the Beach Bobber is a lightweight, fender-less sandflea. The fuel cell has been relocated to under the seat, which not only centralizes mass but also emphasizes the raw aesthetic and exposed spine. The tiny 250 twin runs a wide-open custom exhaust that I figure must reverb like crazy on asphalt, thanks to the downshooter exits and the bike’s low stance.

If that isn’t enough to strangle some attention, Matt’s also decided to run with a jockey-shift. He claims the setup is actually intuitive on this bike and that the package is a blast to ride. [More] 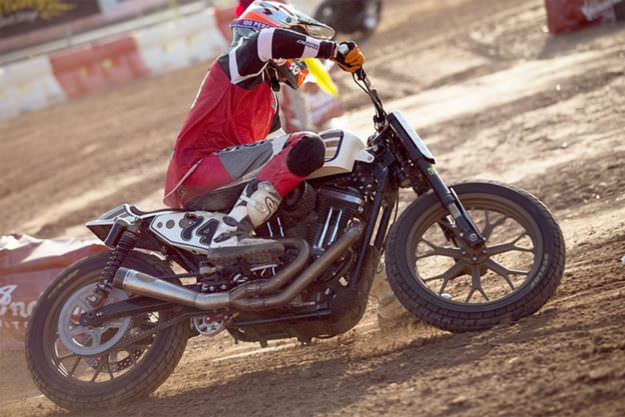 Harley-Davidson Sportster by RSD It sports a sticker that reads “Keep hipsters off Harleys.” But Roland Sands’ Pickle Tracker ticks all the right boxes for the neck-beard crowd—and many others. Born from the wreckage of multiple Hooligan highsides, the Pickle Tracker was previously RSD’s famous Ameri-Tracker.

After a complete rebuild, this Hooligan Sportster is now a leaner and meaner machine. Upgraded suspension and lightweight Del Mar Wheels keep this Sporty planted and sideways around the dirt oval; an RSD Slant 2-into-1 exhaust system and Carbon Fiber intake help the thunderjugs breathe.

With the continued success of the Hooligan racing series, we can only imagine how many home brews will start creeping out of the woodwork—it’s grassroots racing at its finest and, between this and his Indians, Roland Sands is leading the charge. [More]

BMW R75/5 by Fuller Moto If you’ve visited this section of cyberspace before, Bryan Fuller is undoubtedly familiar. He’s been raising our eyebrows with his custom creations for some time now. It’s clear the man has talent.

With his latest build—a BMW R75/5—Fuller focused his attention on subtlety and better-than-factory finishing. The Bavarian Knight is a lighter, tighter interpretation of what a 70s Beemer should be. The slender tail is a work of art, and the polish on that airhead is simply divine. If that’s not enough to drop your jaw, check out the simple yet sublime exhaust hanger brackets keeping those cocktail shakers perfectly positioned.

The fact that it has fenders means that this Beemer is a rider, although the OE drum brakes remain—so you may want to take things easy. [More]