Triumph’s current range of ‘modern classics’ was only launched a year ago, but it’s already eight models strong. And right now we’re in London for the launch of another new variant tomorrow night.

This should mean even more ‘old’ Triumph Bonnevilles on the second hand market—at prices leaving plenty of spare change for customization. And if you need inspiration, look no further than this scrambler from Stockholm’s 6/5/4 Motors. 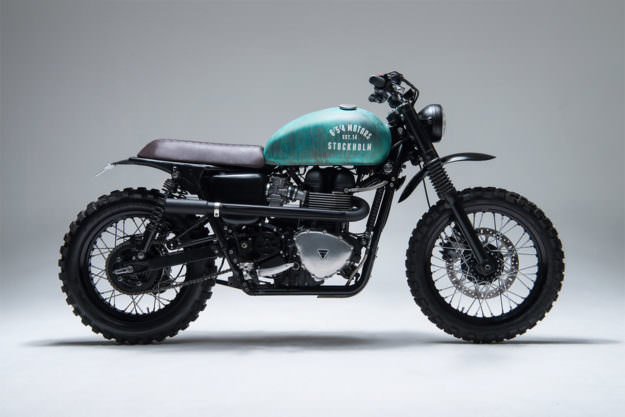 “This bike is one of three that we decided to build for ourselves last winter,” says 6/5/4 co-founder Daniel Jakobsson. “Without having any clients breathing down our necks!”

“We wanted a fairly modern and reliable bike,” he explains, “yet with a classic look.” So onto the bench went a 2010 Bonneville, with a mere 2,500km on the clock. 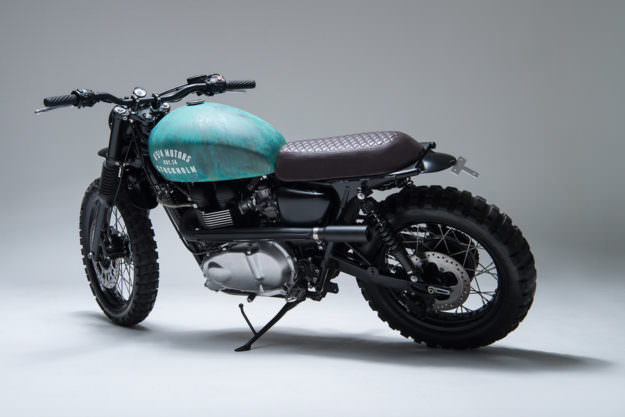 Since Daniel has experience on dirt bikes, he wanted to equip the Bonnie for both on- and off-road use. Suspension upgrades were high on the agenda; the front forks are stiffer now, and the rear’s riding on longer shocks from Progressive Suspension.

New alloy MX-style rims were laced up: a 19” up front, with an 18” out back. They’re wrapped in dirt-biased Pirelli Scorpion Rally tires. 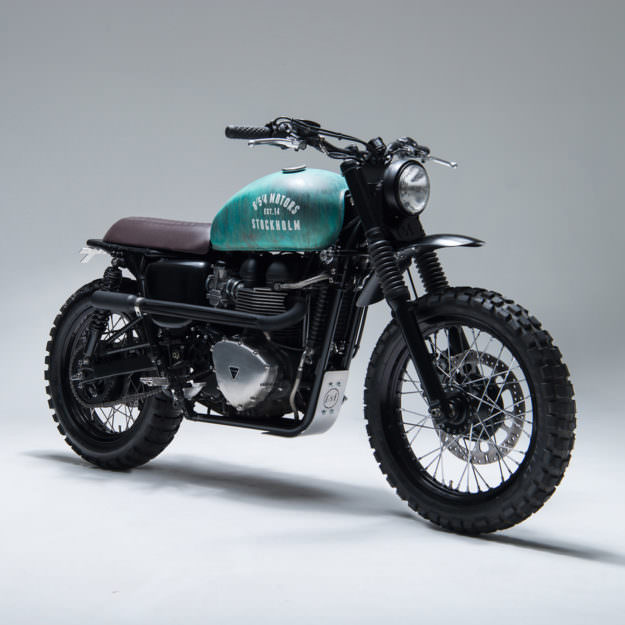 6/5/4 trimmed the Bonneville’s bulk down to match its aggressive new stance. The subframe is eight centimeters shorter, topped off with a modified fender from another bike, and supporting a custom brown leather seat with a decent amount of padding.

Up front is a hand-made bracket that holds the new 6” headlight, while hiding away the Bonnie’s awkwardly placed rectifier. The 6/5/4 logo has been cut out of it for ventilation—a neat bit of branding that’s repeated on the custom skid plate. 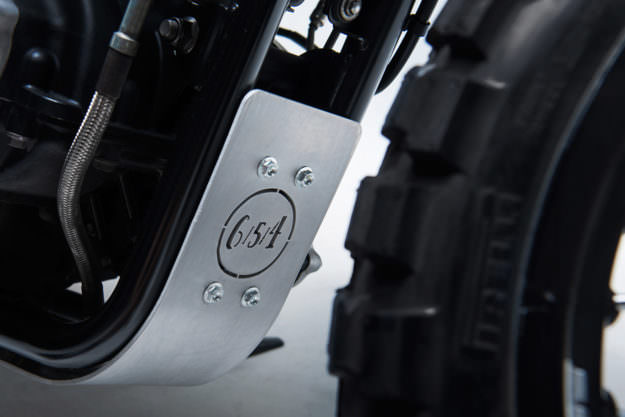 Wide handlebars, Biltwell Inc. grips (with a diamond pattern to match the seat) and a Motogadget speedo finish off the cockpit. The stock front fender’s been shortened and raised, and the ignition’s been relocated to the side of the bike.

The sprocket cover and chain guard are from LSL, with Biltwell supplying the grippy footpegs and stumpy exhaust mufflers, mounted to twin, high-riding headers. The lads at 6/5/4 have also fitted smaller turn signals, and embedded an LED tail light in the back of the seat. 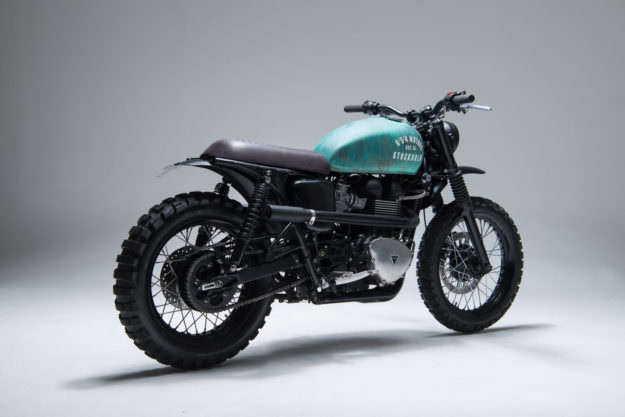 With the fenders and side covers blacked-out, Daniel only needed to pick a color for the tank. “Since Bonnevilles are a common base these days,” he says, “I wanted to add something extra to be able to stand out in the mass.”

Then his jewelry artist girlfriend gave him an idea: a copper-based paint that creates a green ‘patina,’ covered by a clear coat. Daniel’s Bonnie hits the spot as a well-proportioned, no-nonsense do-it-all. And if you’re questioning its practicality, rest assured he puts it to good use—frequently.

“It’s an awesome bike that’s been used as a true workhorse this summer,” he says, “commuting back and forth from work on a daily basis—and sideways through the Swedish gravel roads and woods.”

We’re about as green as that tank right now. 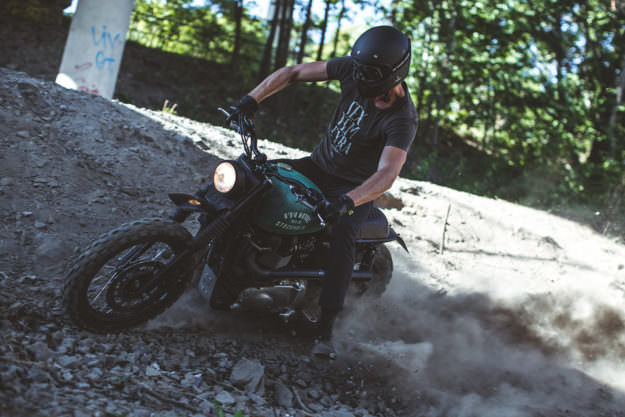