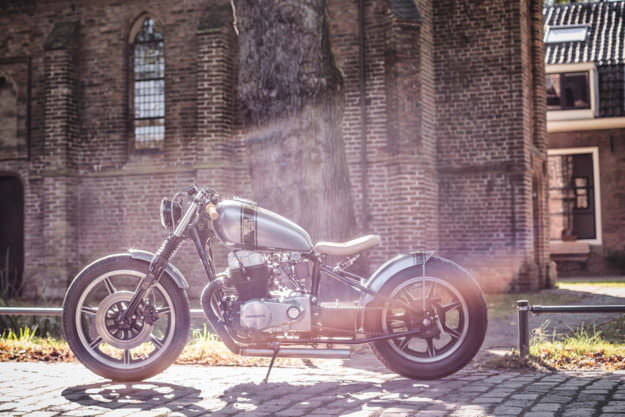 Are we seeing a bobber resurgence? A certain manufacturer caused a stir last week with the launch of a factory bobber, and we’re also noticing more hardtails popping up in the EXIF inbox.

This Honda CMX450 Rebel quickly caught our attention—partly because we didn’t think a CMX450 could ever look cool, and partly because it’s a rescue job of the highest order. 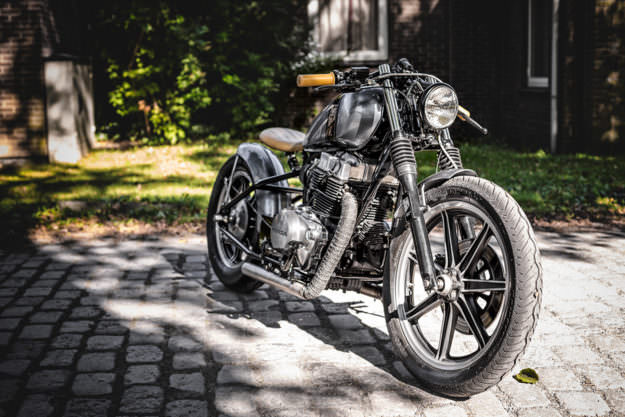 The Rebel belongs to Steven, who owns a carpentry company in The Netherlands. Four years ago, he took the bike to a frame-building specialist and asked for a hardtail bobber. The frame was made, but then the builder disappeared.

Steven was left with a half-finished bike that started rusting away in his garage. So he took it to the village of Bilthoven, home to Bram, Joost and Guido of the Wrench Kings. 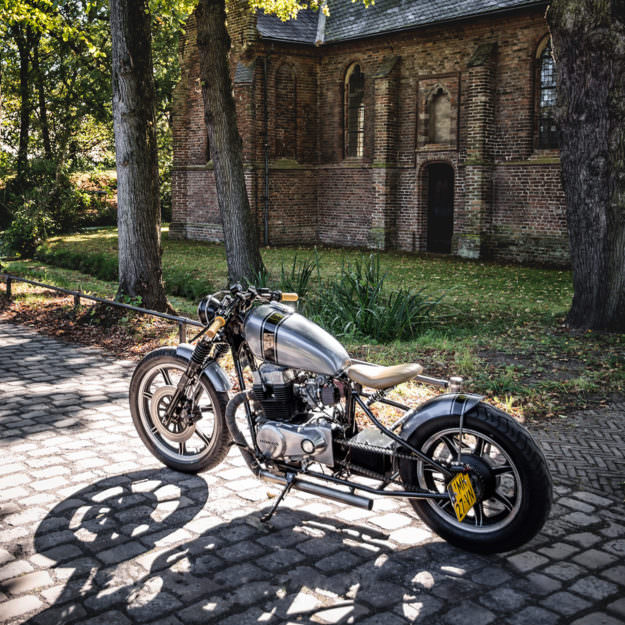 Although the lines of the bike were already defined, there was plenty of work left to do. “The CMX450 is a moderate-sized bike with a relatively small engine,” Bram tells us. “So we decided to focus on simplicity for this build.”

A Yamaha XS650 was raided for its tank and wheels, and a complete rewire hides all the electrical cables. The CDI, a Landport lithium ion battery and the starter relay are now in the box underneath the seat—which also houses the ignition key system, a start/stop switch and a low/high beam switch. 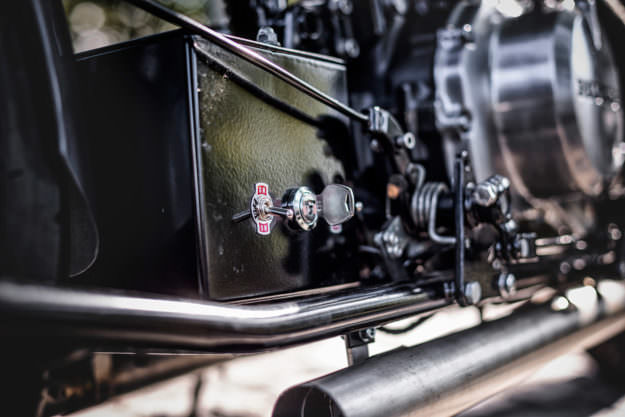 And that’s it on the electrical front. “It requires an ‘old school’ style of riding,” says Bram. “Yes, you have to use your hands to indicate directions!”

The handlebars are equally clean: Upside-down tracker bars, devoid of push buttons or electrical controls, and fitted with Biltwell’s Kung Fu grips. The only clutter is a 48mm Daytona Velona speedometer. (“Small, clean and enough information for any biker.”) 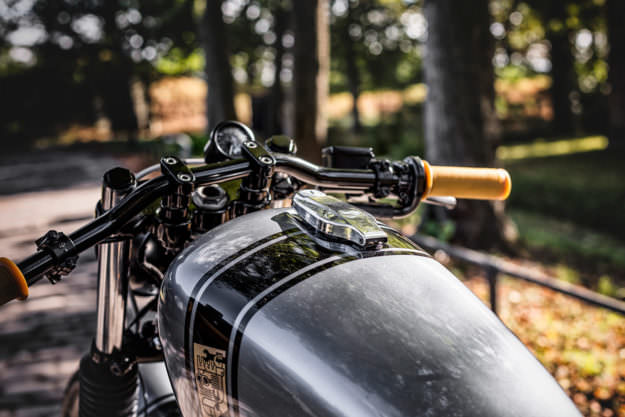 A WWII-era Harley-Davidson WLA was the inspiration for the seat. Upholstered by Toni’s Custom Works, it has a stitching pattern that doesn’t stop at the edges but goes around the whole of the seat.

But instead of the standard double seat springs often used for hardtail bikes, the Wrench Kings have suspended it with a small modern monoshock. “This way the seat is lifted, creating a line with the tank, gives completely different riding characteristics.” 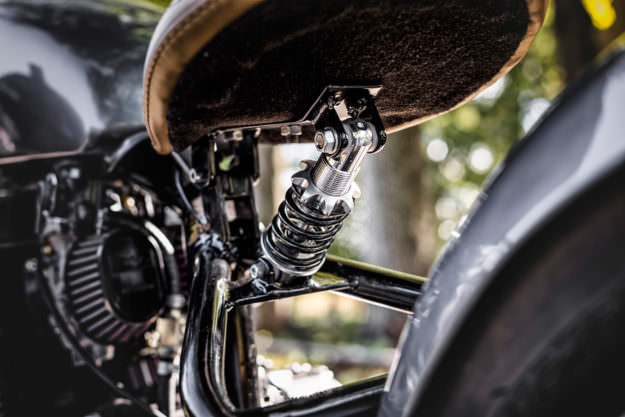 Other fabrication work includes new fenders, which cover the Bridgestone Exedra tires. (The original tires looked as good as new, but turned out to be 16 years old.) The Exedras have a modern, sporty tread pattern, a refreshing change from the Firestones or Cokers you’d normally expect to see on a build like this.

There’s a lovely piece of detailing on the forks, where the original orange reflectors used to be. The plastic is now gone, replaced by neat laser-engraved Wrench Kings plaques. 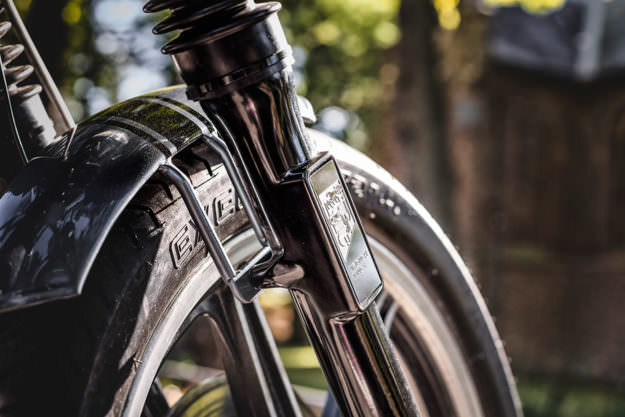 The parallel twin engine was in good nick, so it only required a thorough service. It’s been treated to fresh paint as well, and the engine cases are polished so highly you can see your reflection in them. It now breathes through a pair of free-flowing DNA filters, and it’s hooked up to a custom exhaust system.

The original exhaust was modified after a test run. “Holy moly, it was loud! Just short open pipes,” says Bram. “Nice for a quarter mile… But deafening during a real trip.” To bring the noise down to an acceptable level, the Wrench Kings have inserted DB killers. “It made a difference. It’s definitely not at the level of a vacuum cleaner, but at least the neighbors will keep smiling.” 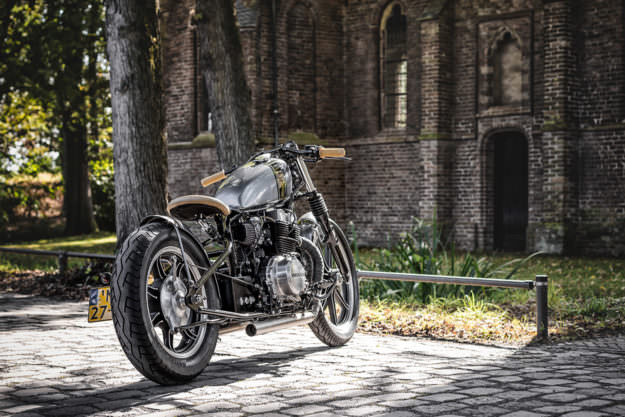 A lick of blue-gray metallic paint finishes things off, with the Wrench Kings’ signature black striping on the tank.

Considering the gawky looks of the original Honda CMX450 Rebel, it’s an amazing transformation. And if more 1980s cruisers are converted to bobbers as cool as this one, that can only be a good thing, right? 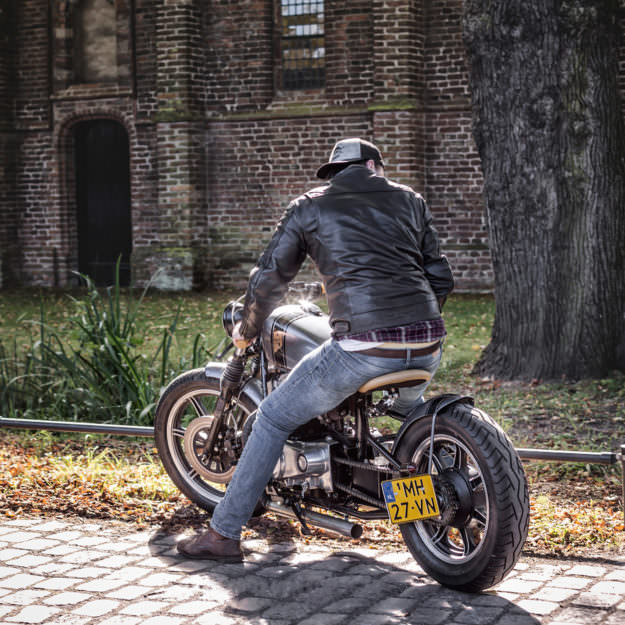