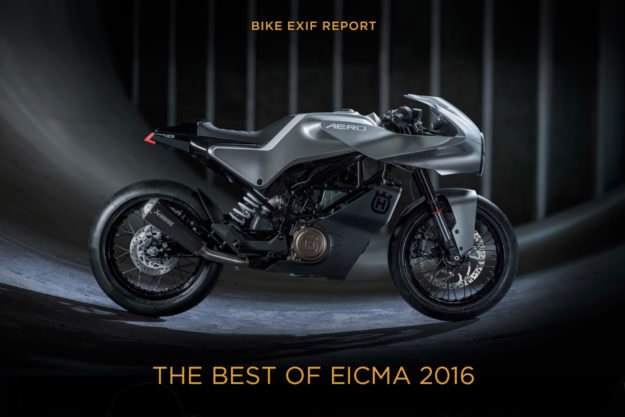 In Milan, the huge EICMA show is finally winding down. It’s the world’s most influential motorcycle showcase, and a barometer for the state of the industry.

This year, the giant halls were chock-a-block with new bike launches from all sectors of the market. Ducati showed the 1299 Superleggera for folks who like to wear one-piece leathers, and the Aerostich brigade got a treat with a whole fleet of new ADV and commuter bikes.

But the center of gravity was the modern-retro scene, with the ‘modern’ part finally catching up with the ‘retro’ part. There were 70s throwbacks a-plenty, but also some intriguing new approaches to stripped-back, classic styling.

These are the 11 bikes that revved our engines the hardest. 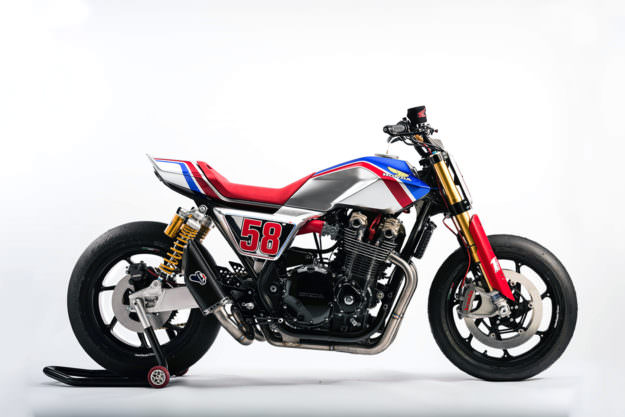 Honda CB1100 TR Concept We were a little disappointed with Honda’s CB1100 update revealed at the INTERMOT show. But this 70s-styled concept more than makes up for the half-hearted model refresh. The vibe is muscular and vintage—equal parts flat track and superbike—with angular new bodywork.

The suspension is top-shelf Öhlins all round, the wheels are shod with sticky slicks, and the Termignoni exhaust ends with a muffler pointed skywards. There are no plans for production, but the reaction to this concept has been astounding. Let’s hope Honda’s product planners take note and press the Go button. 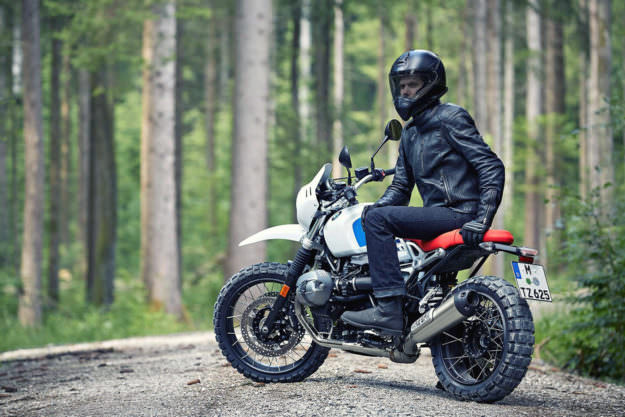 BMW R nineT Urban G/S There are now five variants of the R nineT, and we reckon this is the prettiest of the lot. It’s largely a cosmetic exercise, though, with the emphasis on the ‘Urban’ rather than ‘G/S’ part of the name.

Mechanically, it sits between the ‘Pure’ and ‘Scrambler‘ models, with a 19-inch front wheel, fork gaiters, MX-style pegs and a raised front fender. (It comes specced with alloy wheels, but we reckon it looks better with the optional laced items shown here.) And of course there’s that nose fairing, white paint scheme and gorgeous red seat—all harking back to the original R 80 G/S. 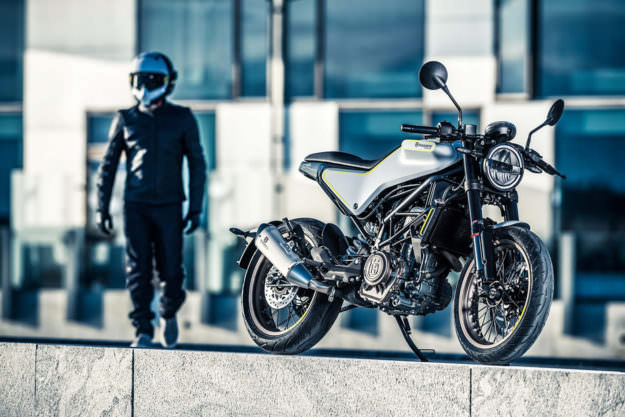 Husqvarna Vitpilen 401 We already knew the Vitpilen was coming. The real news is that the production version does not deviate much from the stunning concept we revealed here exclusively in November 2014.

The bike is based on the KTM 390 Duke, so it should be light and nimble. The post-modern Scandinavian styling is all present and correct, despite the presence of legal mandatories on the EICMA show bikes, like mirrors and license plate holders. The suspension is via WP, and there are four-piston brakes up front with two-channel ABS. The Vitpilen 401 is due to land in showrooms in Fall 2017, but there’s no word yet on US availability. 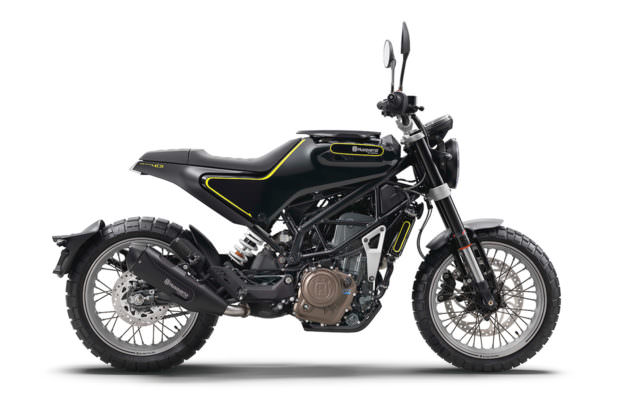 Husqvarna Svartpilen 401 The Svartpilen is the evil twin of the Vitpilen, a blacked-out doppelgänger with a nod to the current scrambler craze. That means higher bars, knobby dual sport tires, a skid plate and a rather cool luggage rack atop the tank. Granted, it’s more for the show than go, but that doesn’t stop us lusting after it. 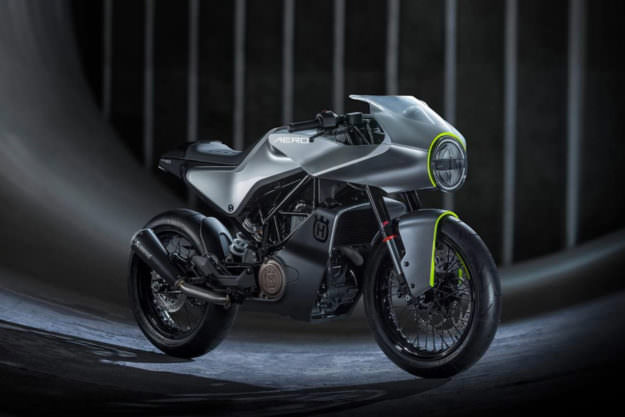 For us, the Aero ties with Honda’s TR concept for the Best In Show trophy. It’s pitched as “A compact, single-cylinder ‘Real Street’ bike…a modern interpretation of what a faired bike should look like.”

There’s nothing retro about this design: It’s a 21st century interpretation of the café racer, with strikingly original bodywork. Let’s hope this one makes it into production too, even if it’s only a body kit for the regular Vitpilen. 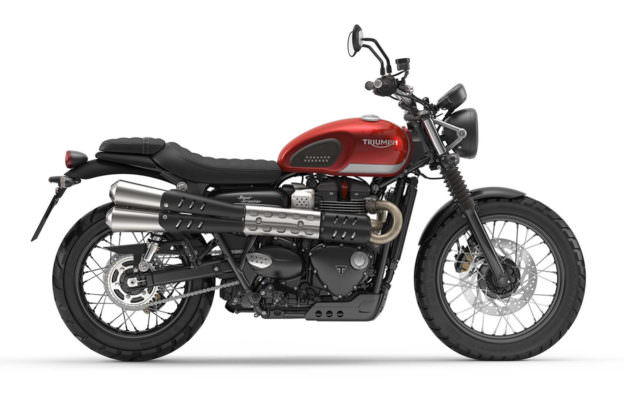 Triumph Street Scrambler The launch of the new Bonneville range has been hugely successful, but until now there’s been an important piece missing from the jigsaw: the Scrambler replacement. Triumph has now plugged the gap with the reveal of the ‘Street Scrambler,’ and it looks very tasty indeed.

Hard information is scant though, because Triumph is following its now familiar procedure with this launch: show the bike and brief specs, but save pricing, power outputs and specific details for later on. We’re told that the Scrambler shares some basics with the Street Twin, but has a new chassis, a 19-inch front wheel and longer shocks.

Dirt-friendly features unique to the Scrambler include a bash plate, a chunky high mount exhaust, and ABS that can be switched off via the instrument panel. And the passenger seat is removable—with an aftermarket luggage rack available to mount in its place. 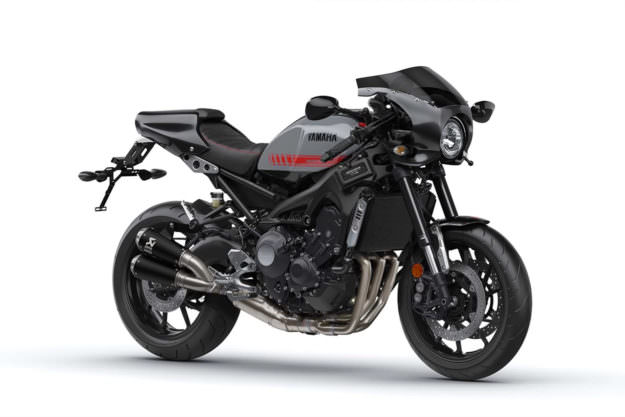 Limited edition Yamaha XSR900 Abarth Fiat and Yamaha are odd bedfellows, but as anyone who watches MotoGP will know, the relationship is deep and the Yamaha Motor Racing team is actually based in Italy.

We don’t often see the fruit of this relationship on the street, so this limited edition XSR900 is a novelty. Abarth is Fiat’s tuning arm, and its name will appear on 695 of these lightly tricked-out cafe racers. In dynamic terms the XSR900 is as good as it gets, but this model is boosted with a carbon fiber fairing, fender and tail unit, plus special paint and clip-on bars. Mechanically it’s standard XSR900, aside from the sinuous titanium Akrapovič exhaust. No word on pricing yet, but it’ll probably be worth it for the exhaust system alone. 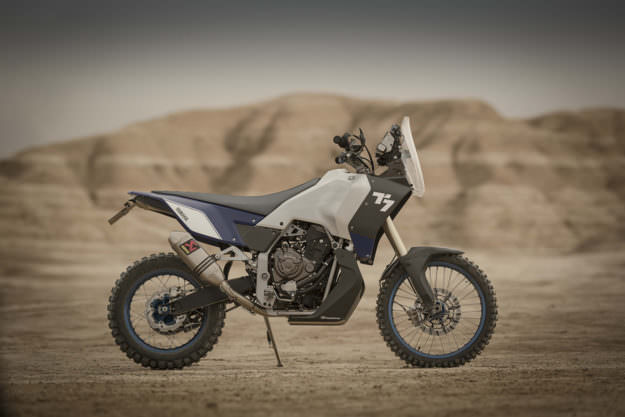 Yamaha T7 concept EICMA had plenty of fresh new metal to keep dirtbike and ADV fans happy—from the Africa Twin Enduro Sport to the compact BMW G 310 GS. But the most radical machine was the Yamaha T7, powered by the MT-07/FZ-07 twin.

Developed in Europe, the T7 is a true high-ridin’ rally raider with a 21-inch front wheel, and a potential successor to the XT600Z Ténéré. We’re digging the aluminum bodywork, which makes the T7 look like it was designed to blast across the deserts of Tatooine. Expect to see a production variant of this machine in 2018. 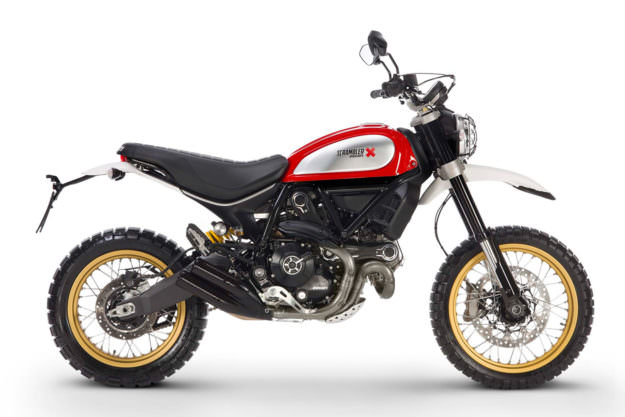 Ducati Scrambler Desert Sled Mercifully, this ‘Scrambler’ is not a badge-engineering exercise. The existing Ducati Scrambler frame has been reinforced, there’s a new swingarm, and—most importantly—there’s now a substantial eight inches of suspension travel. The new seat has added plushness too, and the 19-inch front wheel and Pirelli Scorpion STR tires mean business. Ducati’s Scrambler finally has real purpose—and looks like an absolute blast to ride. 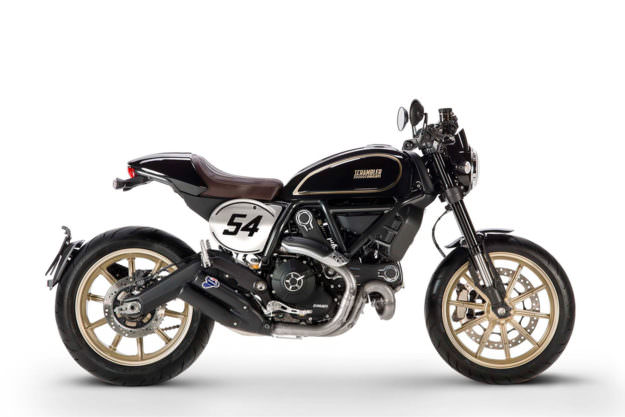 Ducati Scrambler Cafe Racer Isn’t that one of the strangest names ever given to a motorcycle? A scrambler that’s also a cafe racer? Semantics aside, it’s a good-looking bike, and one that we’ve wanted to see Ducati produce for a while now. There’s a 17-inch front wheel, clip-ons, a radial master cylinder for the front brakes, and an appealing upkick to the tail. It’s a toss-up whether we’d take this or the new Monster 797, which also uses the 803cc air-cooled engine. 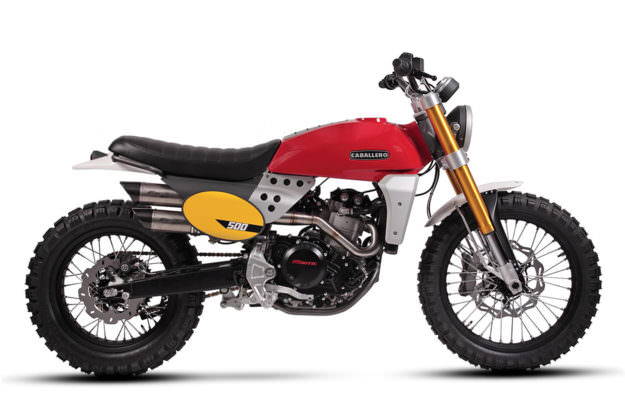 Fantic Caballero The tiny Italian manufacturer punched well above its weight at EICMA with the frankly gorgeous Caballero. The iconic name returns for a model with two styles—flat track and scrambler (shown here)—and three displacements. Yamaha is providing a 125cc motor, with 250 and 500cc engines coming from the Chinese maker Zongshen.

The frames are chrome molybdenum, the forks are adjustable 41mm USDs, and Arrow will be supplying the exhausts. We’re told the bigger-engined Caballeros will hit the showrooms in mid 2017, with the 125 to follow. If the pricing is right, we reckon this will be a hit, despite Fantic’s small network of dealers.

Those are our picks from EICMA 2016—which ones are your favorites?