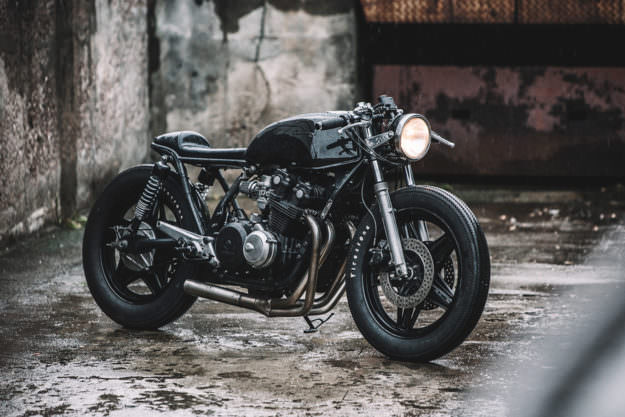 If there’s one bike that’s more prolific than the classic BMW boxer, it’s the Honda CB750. We’ve seen so many custom CBs we’re almost immune to their charms.

But these two new builds from Hookie Co. have just jolted us from our slumber. Sure, they’re not the first CBs to sport Firestones and ditch their fenders. But they’re super sharp, well balanced and loaded with tasty details. 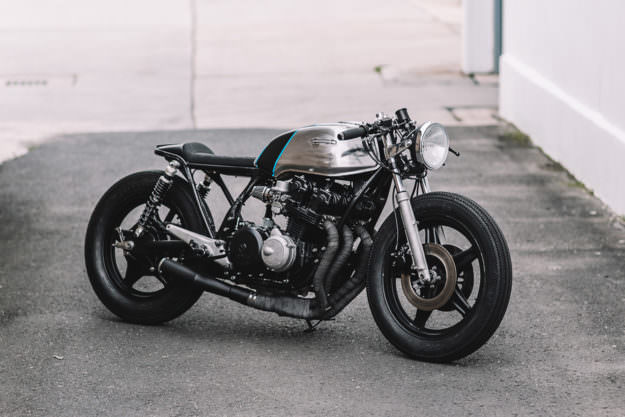 Hookie Co. is based in Dresden, Germany, and built the two Hondas for different clients. The black one (top) belongs to Ilya, who owns a fashion distribution company in Berlin. The silver one (above) belongs to Jeanne Pierre, founder of Dortmund auto tuning house, JP Performance.

Though the bikes were built to different briefs, they share many similarities. Both are based on 1981 Honda CB750 K(Z)s, and both have had their engines refreshed during the respective builds. 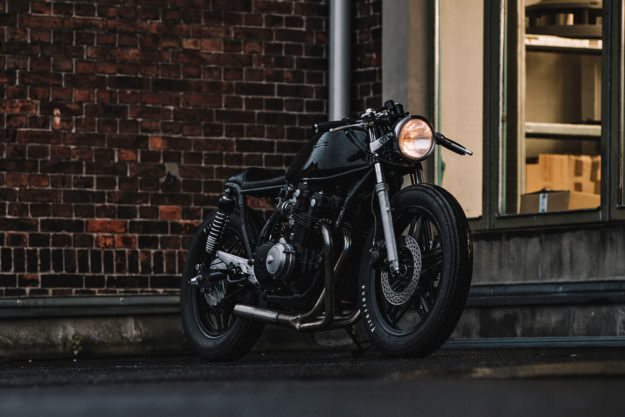 On both bikes, the forks have been lowered by three inches with custom spacers, and the rear shocks have been upgraded to more modern units (YSS Eco Lines on the silver bike). Stainless steel brake lines up front add a touch more bite, along with new master cylinders from Nissin on the black bike and Kustom Tech on the silver machine. Hookie Co. also cleaned up and abbreviated both frames, creating a unique tail unit for each. The black seat is wrapped in leather, while the silver CB750 has Alcantara. Both tails end with neatly integrated, ultra discreet LED lights. To tidy up the area under each seat, Hookie Co. ditched the airbox and relocated the battery. Each bike’s had its wiring simplified too, and has been treated to a smattering of Motogadget parts—including new switches and bar end turn signals. 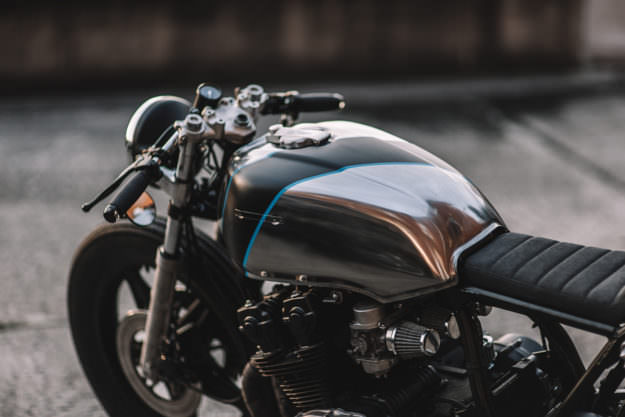 The silver CB750 also gets a neat rear view mirror—cleverly mounted to the headlight bracket. Both cockpits are equipped with clip-ons, Biltwell Inc. grips and tiny speedos.

The black CB750 has had its ignition system moved out of sight, and the silver bike switches on via a keyless RFID system. As for the color schemes, Hookie Co. finished the silver tank in raw steel, with hand-done pinstripes. But Ilya has a black Land Rover Defender at home—so his bike’s been painted to match.

Four-into-one exhaust systems add an appropriate soundtrack. The muffler on the black bike is custom-made, but a Sebring system is fitted to the silver bike. 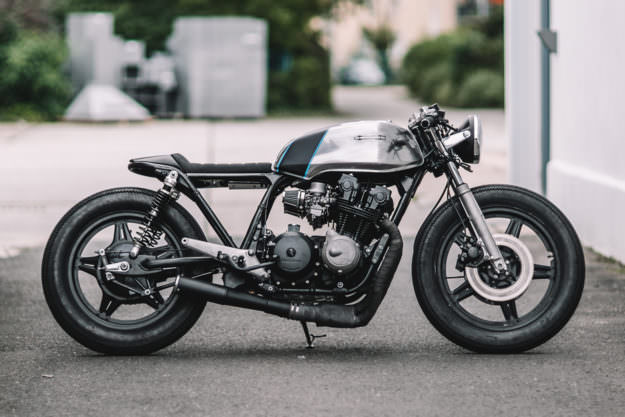 We’ll admit that many of the elements at play follow tried and tested formulas. But Hookie Co. has put them all together in a way that has us loving the CB750 again.

The only question is: which one would you take home?